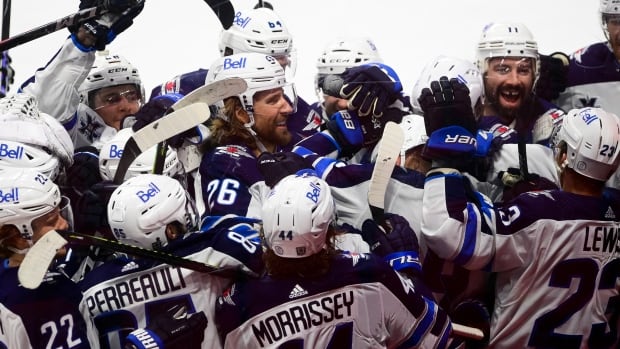 Nikolaj Ehlers and the Winnipeg Jets have yet to lead a contest in regulation and yet they’ve won two of their three games to start the NHL season.

Ehlers scored in overtime as Winnipeg twice rallied from a two-goal deficit en route to a 4-3 win over the Ottawa Senators on Tuesday night.

The Jets (2-1-0) opened their season Thursday night with a 4-3 overtime victory over the Calgary Flames and were coming off a 3-1 loss Monday night to the Toronto Maple Leafs.

Ehlers scored his first goal of the season at 2:20 of overtime, moments after Winnipeg goalie Laurent Brossoit made a nice stop on Ottawa’s Drake Batherson. Josh Morrissey forced overtime for the Jets, scoring with 1:17 remaining in regulation with Brossoit on the bench for the extra attacker.

“It [winning despite not leading in regulation] shows we don’t give up,” said Ehlers. “We battled our [butts] off to stay in the game . . . it feels good to have the two points.” 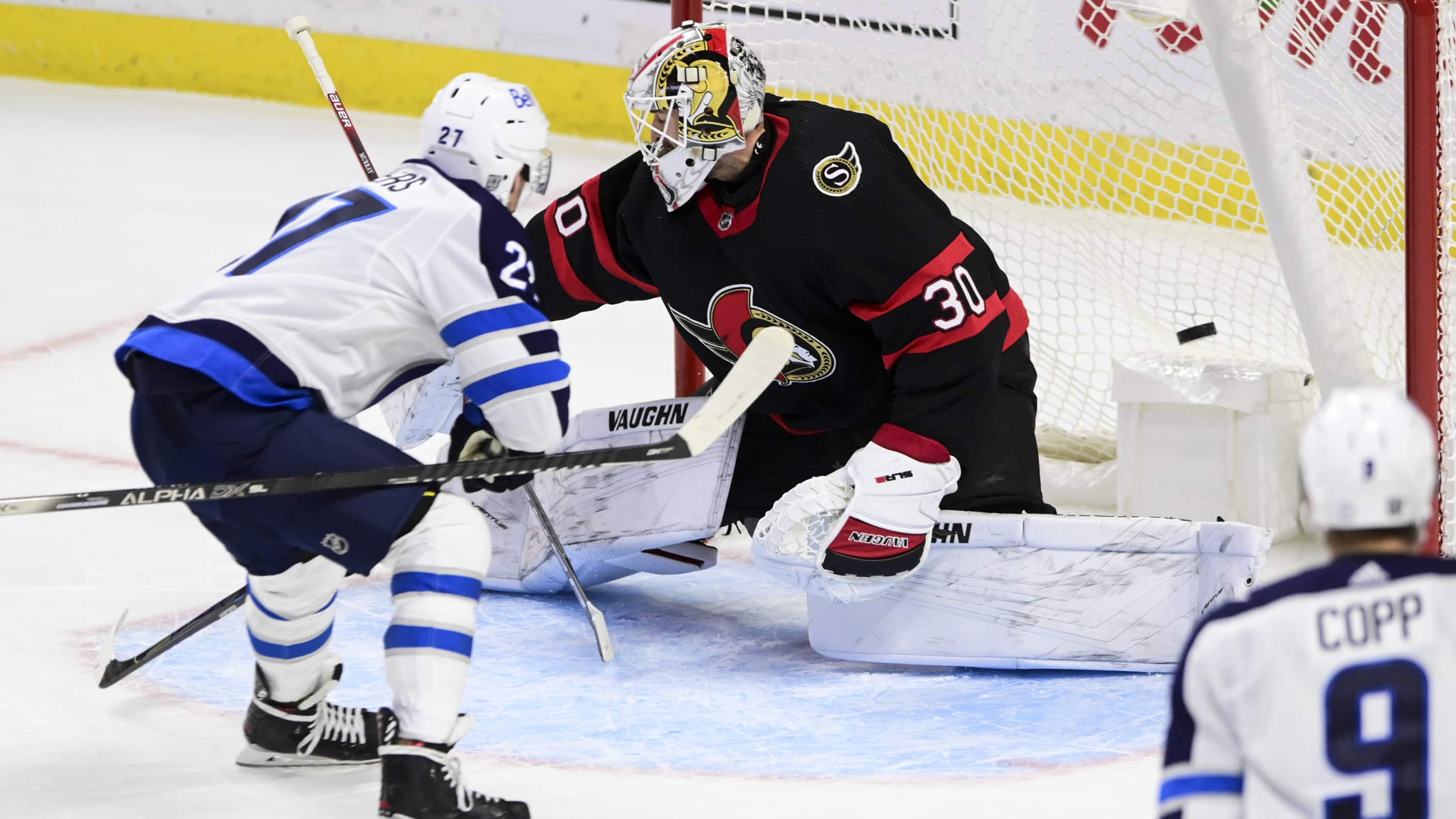 After Josh Morrissey sent the game to overtime with a goal late in regulation, Nikolaj Ehlers scores in overtime as Winnipeg beats Ottawa 4-3. 1:02

Ehlers heaped lavish praise upon Brossoit, who got the start after Connor Hellebuyck played Monday night.

“He kept us in the game,” Ehlers said. “They had a lot of good open chances, especially the last one there before our goal.

“We know we’ve got two goalies back there that keep us in games and do a great job. We’re trying to do our best to limit the shots they get, but if they play the way they’re playing right now, we’re happy.”

Added Winnipeg coach Paul Maurice: “He [Ehlers] can be so dangerous, such a dynamic player late in a game, just the speed to get into that hole and then make the play that finishes it,. We need him to feel confident and healthy and strong and when he is he’s just so very dynamic.”

Adam Lowry and Kyle Connor also scored for Winnipeg, which was outshot 41-28 in the contest.

The game was the first of three in five days between the two clubs. They’ll square off again in the nation’s capital Thursday night before returning to Winnipeg on Saturday.

Sixty-three years after Willie O’Ree became the first black player in an NHL game, the league paid tribute to him on Martin Luther King Jr. Day even though many say the league is still struggling with diversity issues. 2:00

Winnipeg was minus forward Patrik Laine (upper-body injury) for a second straight game. He’s listed as day to day.

Rookie forward Tim Stutzel, who’s dealing with a nagging minor injury, didn’t play for Ottawa. The third overall selection in the 2020 NHL draft, who has a goal through two games with the Senators, is also considered day to day.

Maurice said Tuesday’s game was an indication of just how important it is for a team to continue playing hard and believing in the process, regardless of the score. Ottawa controlled much of the play and held leads of 2-0 and 3-1 but couldn’t break Winnipeg’s will.

“That’s the most important piece for any team, that the score on the clock doesn’t dictate your effort level and your compete level,” Maurice said. “The late comeback wins have a really nice impact on your team.

“You carry those for a number of games. You always feel that you have a chance.”

Ottawa dominated the first, outshooting Winnipeg 18-9, and was rewarded with the opening two goals of the contest.

Norris opened the scoring on the power play at 4:41. He registered his first NHL goal when he slid the puck in off Brossoit’s skate.

Conner came close to putting Winnipeg on the scoresheet when he fired a shot off the goalpost on the power play. But Tierney put Ottawa ahead 2-0 with a deflection at 10:31 for his second of the season.

Lowry pulled Winnipeg to within 2-1 at 18:09. He deflected Neal Pionk’s shot from the point past Matt Murray — making his third straight start in goal for Ottawa — for his first of the year.

It was more of the same in the second as Ottawa outshot Winnipeg 14-8 in the period and went back ahead by two goals at 11:47 of the second on Galchenyuk’s power-play blast. It was his first of the season but Winnipeg countered with Connor’s goal with the man advantage at 16:12.

It was Connor’s third of the season. He’s scored in all three Jets games in 2021.

“He’s scratching the surface here,” Maurice said of Connor. “He hasn’t been lucky in his start and he’s putting up great numbers.”