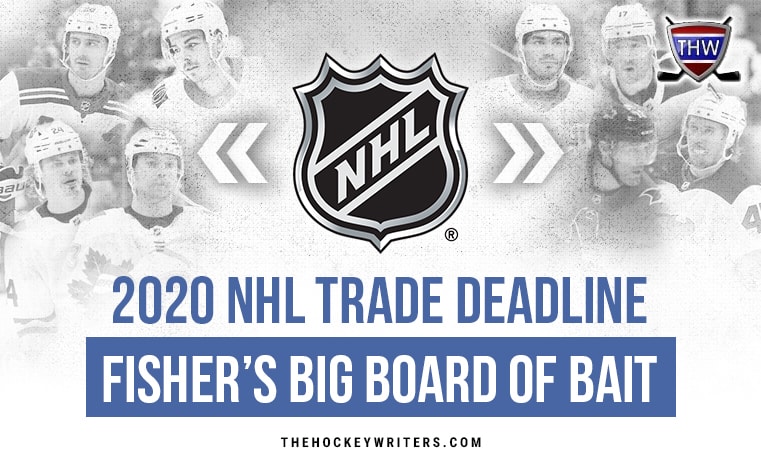 It is a sellers’ market and the prices are steep.

That is evident, based on the deals to date. Teams wanting to upgrade ahead of Monday’s NHL trade deadline are going to pay a premium, especially for players with term. See Blake Coleman.

Even the rentals — from top-six wingers like Tyler Toffoli to bottom-pairing defenders like Marco Scandella — are fetching significant (and surprising) returns. Nobody is coming cheap.

The real impact players are sure to command substantial packages.
Whether that is Chris Kreider or Matt Dumba, Tomas Tatar or Sami Vatanen. There
are quality players available despite the lack of sellers, with so many teams
still in playoff contention.

That makes for more buyers, which means bidding wars. Several
general managers are feeling the pressure to add — or the urge to improve
— while matching the moves of their rivals.

Take the Pacific Division, for example, where Arizona acted
early in landing Taylor Hall and Vancouver reacted to their injuries by reeling
in Toffoli. Now all eyes are on Edmonton and Calgary to keep pace on paper. Both
Alberta teams are missing their captains at the moment but aren’t expected to
stand pat — not with the standings so tight as of today.

Other arms races will emerge between now and Monday, as
every team attempts to accomplish their deadline goals in addressing their
needs going forward.

Established contenders will be seeking a specific piece to
put them over the top. The playoff locks will be shopping for a ringer to
ensure a longer run. The bubble teams may also be looking to load up for a postseason
push. Or they might pull the plug to focus on their future — retooling to some
extent for next season, if not entertaining a full rebuild.

Regardless, it should be an exciting few days in the hockey world. Who knows what will happen, but it’s always fun to speculate. I enjoy making predictions at this time of year — it had become an annual tradition until I sat out the 2019 deadline — but I’m admittedly terrible at trade proposals, so I’m going to try something new for 2020.

I’m calling this project Fisher’s Big Board of Bait — get it
Fisher, fishing, bait … as in trade bait. Essentially, this is a list of
players I envision being on the block — listed in order of their likelihood to
be dealt. Starting with the teams that have the most players available.

In total, there are 130 players from 20 teams — primarily
from perceived sellers since the buyers will be parting with draft picks and
prospects as currency, which is more of a crapshoot.

Realistically, I’m anticipating around 50 more NHL players to move by Monday and I’m hoping the majority of them will appear here on my bait board.

Well, what do you think — could any or all of those players be traded prior to Monday’s deadline? Are there any glaring omissions? Feel free to weigh in or share your own predictions in the comments below.

Get the latest 2020 NHL Trade Deadline news, rumors and analysis